ISTANBUL – The number of deaths worldwide from diseases caused by tobacco use is expected to double in the next eight years from the current level of more than 8 million people annually. 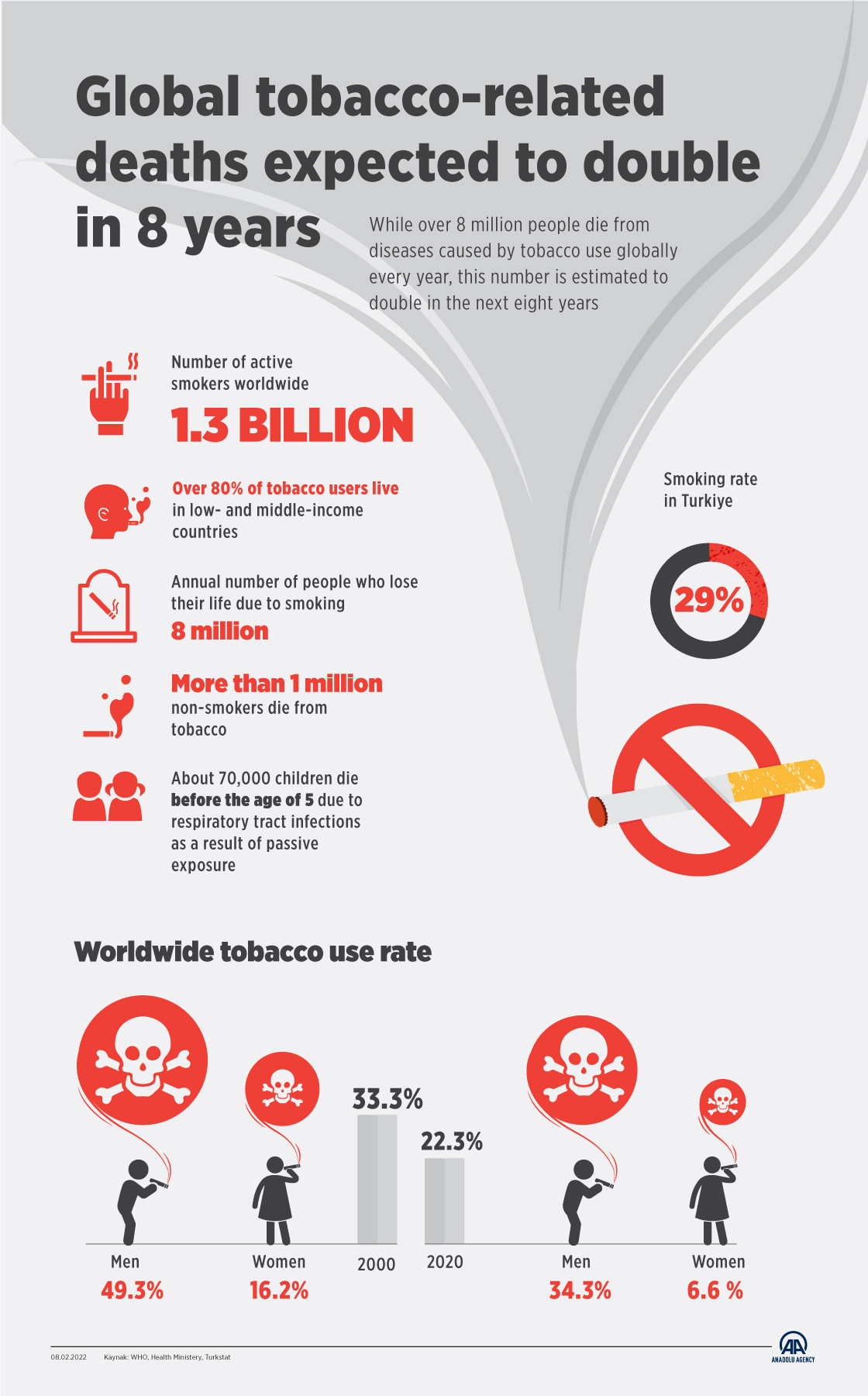 With the initiative of the World Health Organization (WHO), every year, February 9 is celebrated as World Smoking Boycott Day to raise awareness on the harmful and deadly effects of tobacco use.

According to WHO data from 2021, around 1.3 billion people worldwide smoke, and this figure is expected to reach 1.7 billion in 2025.

More than a million of these deaths are due to exposure to cigarette smoke.

Half of the child population in the world is exposed to tobacco smoke, according to WHO estimates, and about 70,000 children die before the age of five due to respiratory tract infections as a result of passive exposure.

There are over a billion active smokers in the world, and more than 80 per cent of them live in developing or underdeveloped countries.