Africa Center for Advocacy is officially a supporting organization of Energy Globe Award. 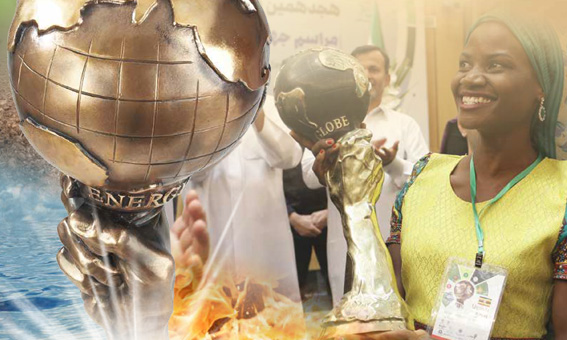 The ENERGY GLOBE Award was founded in 1999 by the Austrian energy pioneer Wolfgang Neumann and is one of today’s most prestigious environmental awards.

Goal of the Award is to present successful sustainable projects to a broad audience, for many of our environmental problems already have good, feasible solutions. Projects which conserve and protect our resources or that employ renewable energy can participate.

With a global call for participation ENERGY GLOBE invites outstanding sustainable best practice projects to participate in the annual competition. From all over the world, some 800 projects and initiatives are submitted annually to compete for the award which is presented as:

Any national winner can become winner of an international ENERGY GLOBE Award or of the ENERGY GLOBE World Award.

The international category winners are awarded in a ceremony which is broadcast all over the world and are in the spotlight of international media coverage.International winners divide a prize pool of 10,000 euros.

The international ENERGY GLOBE Awards are presented annually in the realm of a televised ceremony. Such ceremonies have already taken place in Japan, Canada, and (a special honor for the environmental prize) in the Plenary Hall of the European Parliament in Brussels, in the Czech Republic, in Rwanda, etc.

Our role as Supporting Organization

We help to spread Energy Globe Award message, to expand our networks and to find new projects for which can be nominated for national, regional or international awards.