Civil society gathers for the remunicipalization of water services in Cameroon

From 13 to 14 June 2019, a workshop was held in Yaoundé, organized by the CANUEW (Cameroon National Autonomous Union of Energy, Water and Mines Workers Union) with the technical and financial support of the Public Services International (PSI) – on the theme ” The remunicipalization of the public service of distribution of drinking water in Cameroon ”. The objective of this meeting was to set up a platform for trade unions, civil society organizations, municipalities, religious organizations, to maintain water management in the hands of the public sector. Among the twenty-one (21) participating organizations, we can mention FODER (Foret et Développement Rural), SAILD (Service d’Appui aux Initiatives Locales de Développement), CVUC (Communes et Villes Unies du Cameroun) and ACA African Center for Advocacy).

Although the government has decided to take over management of the water sector through its state owned company, CAMWATER, the participants raised some challenges that could hinder a transparent qualitative process of water distribution to all citizens and its maintenance as a public good. Some of these challenges include some criticism of Cameroon’s social, political and economic situation.

For example, many participants find that much of the state budget is devoted to the conflicts in the English-speaking regions of the country and in the far north (against Boko Haram insurgents). As a result, ‘there is little money left to finance public services’. Another major challenge is that Cameroon is still in a weak position vis-à-vis international institutions such as the World Bank, which promotes privatization and private public partnerships. As a result, these institutions could easily influence the government to privatize the water sector.

Importantly, during the discussions, participants suggested creating a ‘strong union’ between civil society actors to closely monitor government activities and ensure that water remains in the hands of the sector public and that its management be done in a transparent manner. 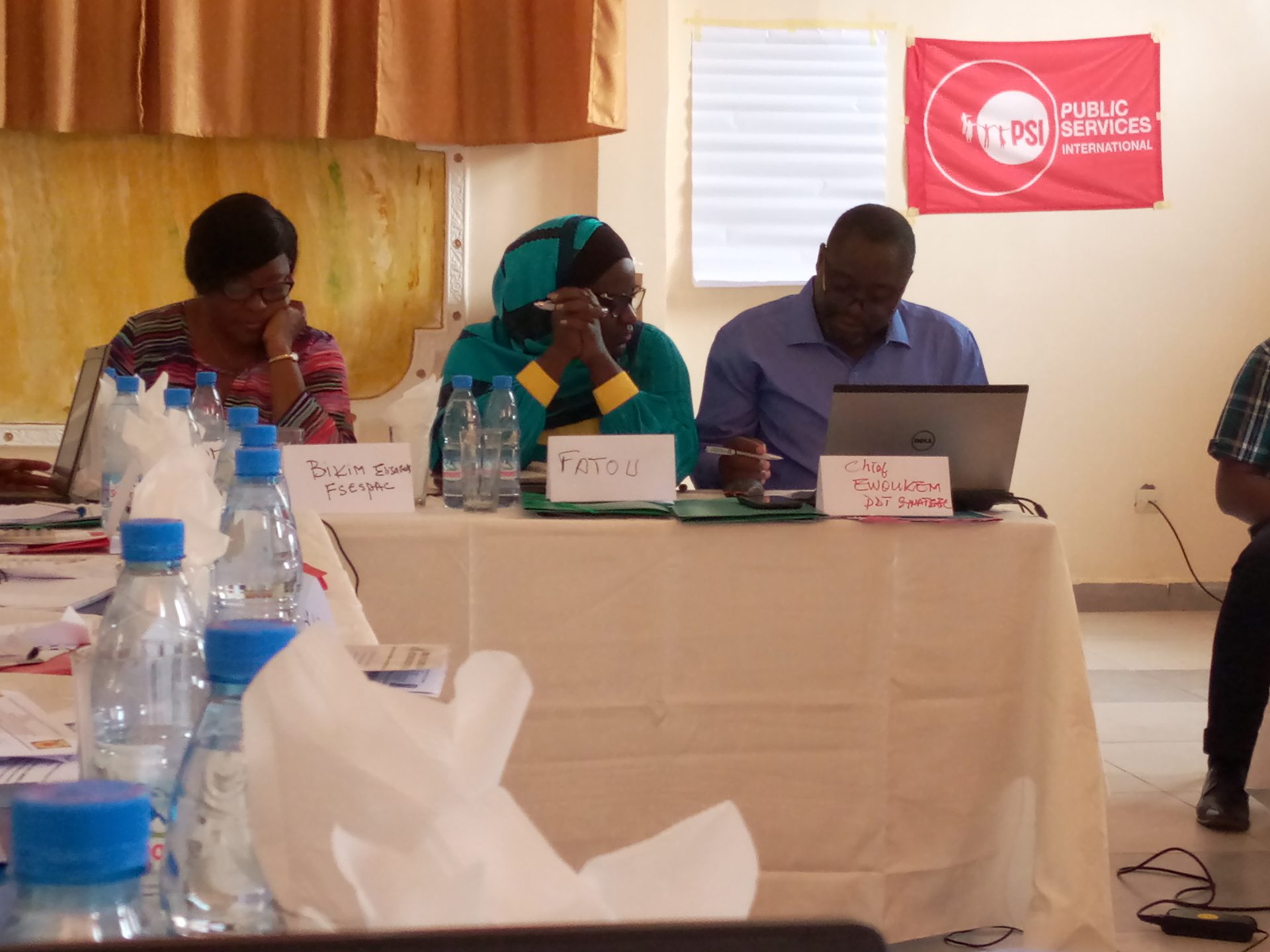 “Traditionally, water belongs to us and religiously it was given to us by God. The argument that water is expensive does not matter because it is a natural resource and we need to manage it in a transparent and sustainable way, “said Fatou DIOUF, Project Coordinator for French-speaking Africa at the Public Services International.

This ‘union’, now as a platform, will lead a campaign whose long-term goal is to move towards remunicipalization of the water sector and to have legislation that recognizes access to water as a Human Right in Cameroon.

At the end of this two-day meeting, two commissions were set up to better coordinate the advocacy efforts of civil society organizations. These include:

– The Advocacy Commission – which will be responsible for carrying out actions towards the executive and legislative authorities to ensure, among other things, that the Water Law, currently being drafted, recognizes access to water as a Human Right in Cameroon,

– The communication commission – which will be in charge of planning, developing, producing and implementing internal and external communication activities of the platform.

A WhatsApp group gathering all participating organizations was also created with the first activity to find a name for the platform.

The workshop concluded with a reaffirmation of the commitment of the various organizations to support this campaign so that it succeed.