Donate
Campaign against water privatization in Africa: a model that inspires Senegalese. 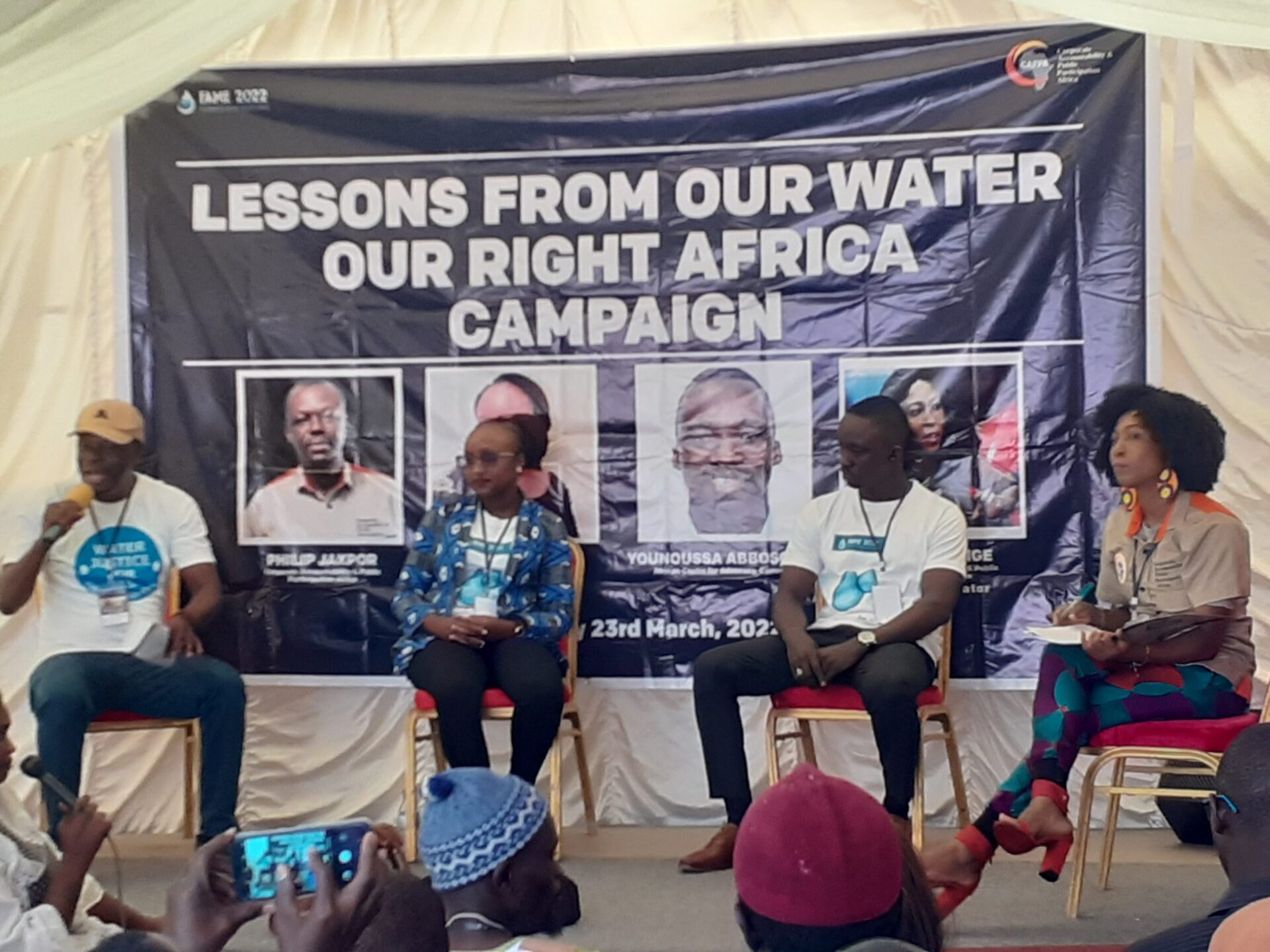 The unsuccessful experiences of water privatization in Ndoulo, Sibassor, Pekess, Mboro, and Dakar have prompted activists and other members of civil society to set up a kind of justice network for water. A general assembly will be held this Wednesday afternoon at CICES, where the World Alternative Water Forum (FAME 2022) is taking place. The FAME 2022 seems to row against the ideals of the 9th World Water Forum which takes place in Diamniadio over the same period, from March 21 to 26.

This initiative is inspired by the “Lessons from our water our rich Africa campaign” of Corporate Accountability and Participation Africa (CAPPA), an organization born in Lagos, Nigeria, in 2014 and which continues to put pressure on the government against the privatization of water.

According to its program director, Philip Jakpor, it all started with meetings with the workers of the Nigerian company that manages the water and then the communities that do not have access to it. “To find out what is happening at the grassroots, we included women at the start of the campaign. Their rights and power cannot be denied. The government was afraid because we are united” he said during a panel held on the sidelines of the said Forum.

The Kenyan environmentalist follows suit. For Lynn Mbathia, the challenge is to build the capacities of women. “In Kenya, they were made to understand first that knowledge is power and that access to water is a right as stipulated in our Constitution. Namely, having drinking water in quantity and at reasonable standards. We had strong advocacy from the communities, and the bottom-up approach. Water is a resource that generates many conflicts. They must therefore be prepared. In Nairobi, water comes from the mountains via the North Tunnel which feeds this growing city. But we realized that the inhabitants of the North were deprived of water. This is paradoxical! We had to ensure collaboration between communities to amplify advocacy to fight for this right to drinking water”, she testified.

His comrade Younoussa Abbosouka, invited the Senegalese to take into account their reality before implementing the said solutions. Not without being resilient because the result is not immediate.

In Nigeria, for example, despite progress, the pitfall lies in the legislation. Lawyer Aderonke Ige recalls that the law on universal access to water has not yet been passed. Nor in Cameroon. Which is, on the other hand, in Kenya. “That should lead us to synergies to regulate these things,” she suggested.

Present in the audience, Senegalese reported their bad adventures with the private companies Sen’Eau, Aquatech, Flex’Eau. While promising to lead the fight at the national level.